Canterbury faces Transportation to the Colonies 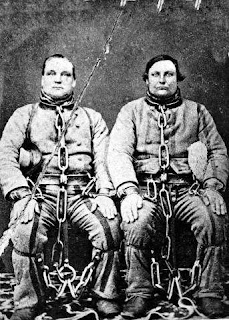 The verdict is in – NAFCON and the little FOCA’s have passed sentence on the Archbishop of Canterbury.  They have determined that for crimes against the Anglican Communion, the Archbishopric of Canterbury will be transported to Australia.


This time honoured tradition where criminals, convicts and dangerous revolutionaries were transported to the penal colonies of the New World has been revived just in time to choose the next Archbishop.  Barring storms on the long voyage the transfer should be in place when Rowan Williams steps down at the end of this year.
Archbishops from Kenya and Nigeria are among those who have claimed that Africa is being ignored in the Anglican Communion and so have unanimously voted to transport Canterbury to Sydney for the foreseeable future.


Speaking to the Press Gangs, the present Archbishop of Sydney said it would be wrong to consider the Archbishop of Canterbury as “leader” of the Anglican church, something he said represented an “Anglocentric view of the world”.
So Canterbury will be relocated to Sydney, and will lead the worldwide Anglican church is opposing ‘neo-pagan relativism, revisionism and redefinition’ in the Christian faith, ushering in a new era of SydnoCentric Christianity.


In a separate development, Anglican Extreme and The Bore Issues Trust have announced plans to deport all London Buses to Sydney in order to enable their recent planned advert and poster campaign to go ahead.  The ‘Not Gay and Very Very Very Proud of it – Thank God!’ campaign can then proceed as planned before the demonic Mayor of London spoilt their fun.
A spokesman (a real man - and very proud of it) for the groups said they were going to ‘shake the dust from their feet’ and catch the Number 12 to Australia.  It is understood however that route Number 666 will still operate between Lambeth Palace and Stonehenge on weekdays only.